REPAIR OF THE DISK AND TABLE HARROW AND ITS FEATURES

Of all types of agricultural machinery disc harrows are considered to be the least prone to breakage and wear. But they still require repair and restoration work from time to time, otherwise the quality of harrowing will noticeably deteriorate and the soil will not be prepared for sowing in full or insufficiently processed after plowing and/or after harvest. As the saying goes, what you sow, you reap.

The difference in the impact on the integrity of the harrow depends on its design, and if the disc harrows are much less clogged, then at the same time they lose their sharpening quality much faster. Especially when using these harrows in hard, rocky ground. As with all cutting tools, the loss of sharpness depends on the density of the surface being cut. And if at home with a kitchen knife it is quite easy to avoid using it for other purposes, then in the field it is impossible to predict where your harrow will stumble upon stones or a hardened layer of soil. It is possible to reduce the risk of harrow failure: blunting of its disks or their breakage - by careful selection of the appropriate model with the optimal shape, required diameter and weight, as well as the location of the cutting disks, the method of their attachment to the carrier frame, etc., and also due to the deep the level of knowledge of the composition of the soil in each of the fields. But this is ideal. But in practice, the whole set of harrow modifications and composition is not always at hand, the state of a particular soil can also change due to various reasons.

Maintenance of the harrow, responsible selection of spare parts for it and timely repair can significantly reduce downtime and losses in the material component of the work of the agricultural company. At the same time, the type of repair, the features of regular technical service of this equipment directly depend on the conditions in which the unit was operated. The concept of operating conditions should include, in addition to the composition of the soil, the geographical features of the climate in a given area, the lines of the local relief. And proper adherence to the manufacturer's instructions will reduce the cost of unscheduled repairs and maximize the term of effective operation.

In general, disc harrows allow you to perform various types of tillage. But at the same time, they are “afraid” of sharp movements to the side and turns in a position when the discs are immersed in the soil layer - while the mechanical load on the disc and its fastening increases significantly. This often leads to the failure of the roller, to accelerated wear of the bearings and may even break the integrity of the carrier frame. To a lesser extent, but also unfavorable for the harrow, incorrectly selected harrowing speed modes, which increases the load on the entire mechanism. In addition to the possible breakage of parts with the above violations, there is a rapid wear cutting surface and the disc becomes blunt, much earlier than it could.

The most common failure is disk blunting. Its correction consists in sharpening the cutting surface. Next comes the appearance of cracks and wear around the holes in the disks - they are restored by welding overlays (using electric arc welding), the material for which can be parts of used disks.

Among the useful recommendations for the operation of disc harrows, it should be highlighted the need to treat all fasteners, the discs themselves with an appropriate lubricant for conservation when storing the unit in the open. When storing indoors, prepare it disassembled for this.

When operating toothed harrows, soil moisture is important. Its optimal level is 50-70%. What makes harrowing the most productive. With greater dryness of the soil, the teeth do not deepen enough and do not destroy clods in the thickness of the earth, which then worsens the supply of moisture to the root structure of plants. But even too wet soil has a more sticky structure and is difficult to mix. It almost does not break up into crumbs, maintaining a kind of soft, but monolithic state. Although the above optimal soil moisture allows harrowing, but such soil, in which more than half of its mass is water, can easily cling to the working parts of the harrow, impair their sharpening and significantly add mechanical stress. 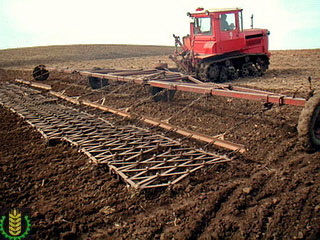 The working parts of toothed harrows are the main parts. Who do the work and take on all the burden. For guidance: pressure per tooth can range from 3 kg (20-30 N) for heavy harrows to 0.5-1 kg (5-10 N) for light models. Usually a tooth is a dihedral wedge in shape, which cuts or splits elastic parts of the soil with its front edge. After that, with the side faces, he pushes them apart in different directions, or crushes them under himself, destroying in both cases large clods that have hardened after winter.

Part of the load falls on the tooth attachment on the frame. In both cases: swivel or rigid connection, an increase in load can lead to breakage of the harrow structure. One of the ways not to increase the load is to observe the harrowing speed mode - in the region of 7-8 km / h - in a plowed field and up to 6 km / h in early spring for winter and tilled crops.

And so that the harrow does not become heavy from clods and plant residues adhering to it, it is necessary to fix adjacent teeth from the same row no closer than 15 cm from each other. Square teeth should be placed with ribs in the direction of movement, and oval teeth with a rounded side, rectangular teeth with narrow or wide edges. All these simple recommendations will reduce the risk of breakage and save you money.

Details on the repair of disc harrow parts

In connection with the wider use of disc harrows and related discators, the repair of these units is becoming increasingly important.

This is due to the popularization of technologies with a minimum level of tillage and non-moldboard plowing, which are performed by specialized agrotechnical units, among which disc harrows and disk harrows play a key role. The principle of operation and their purpose are in many respects similar, they differ only in the design features and methods of installation of the working bodies. What are spherical disks. They are affected by both an abrasive medium - impurities from small stones and other materials with similar properties, and short-term shock loads when colliding with especially hard elements in the soil or when the trajectory of the harrow changes abruptly. Despite the fact that the way the discs are mounted (on disc harrows on a spring strut, on disc harrows - on a shaft) is different, this does not greatly affect their resistance to damage.

As you know, any problem is easier to prevent than to eliminate its serious consequences later. When repairing a hub, one of the surest ways to prevent breakage in this unit is to measure disc play daily. Which is eliminated by tightening the fastener nuts in the bearing assembly. These fastening elements (nuts) may have a slightly different location, depending on the design solution of this unit. When disc runout cannot be corrected by tightening the nut, or when the disc is difficult to rotate, then the bearings in the assembly must be replaced. It is important to remember that this assembly usually uses systems of two tapered or three radial bearings. 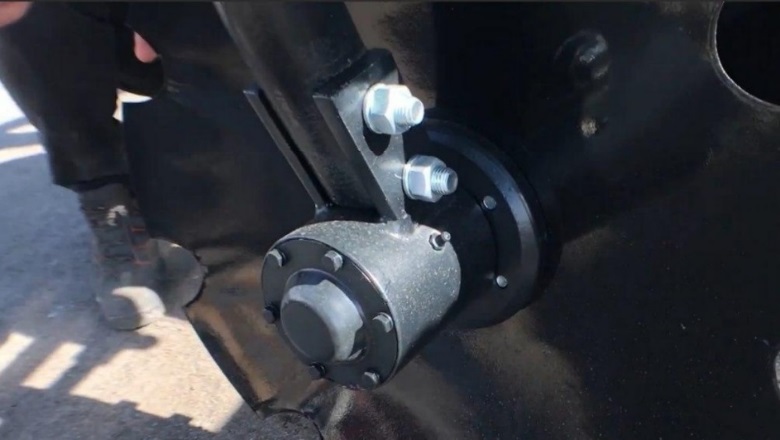 The procedure for tightening the nut is as follows: for most models, it is enough to remove the hub cap and tighten the castle nut, and finally lubricate the entire bearing body. When lubricating, it is important to prevent lubricant from getting on the disc, which can lead to extrusion of the cuffand, accordingly, depressurization of the hub.

In disc harrows, the cutting discs are mounted on a square axis in the form of a batteries, between which bobbins are used for spacers. The axles rotate in bearing assemblies. From here it is easy to figure out in which places and what exactly can fail. Of the difficulties, it is worth highlighting the problem of replacing or repairing one of the disks, standing in the center of the shaft (section), mounted on two racks - you will have to disassemble the entire row of disks. 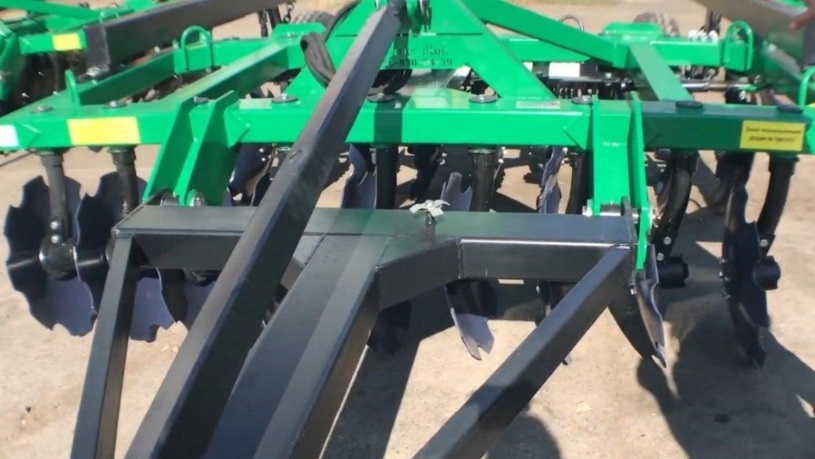 In addition to discs, section bearings and scrapers are subject to the most wear. In addition, they can get bending and warping of the frame bar of the tailstock trailer and side rods. In each case, the trip must be individual. But with complete wear of the bearings - definitely only their replacement. Worn and broken liners should also be replaced. If the oiler thread is broken or worn, its hole should be welded and a new one drilled with threading.

In the case of repair of a disk drive with individual racks, there is no problem of complete disassembly of the entire section. Since it is possible to get close to each specific disk and carry out all the necessary manipulations with it, without violating the general order. If the stand itself is damaged, it will not be repaired, because it is laborious and does not justify itself, but is replaced with a new one.

When repairing disk assemblies, it may be difficult to properly perform it, especially in the field, in the absence of special tools and by workers without special skills and / or knowledge. 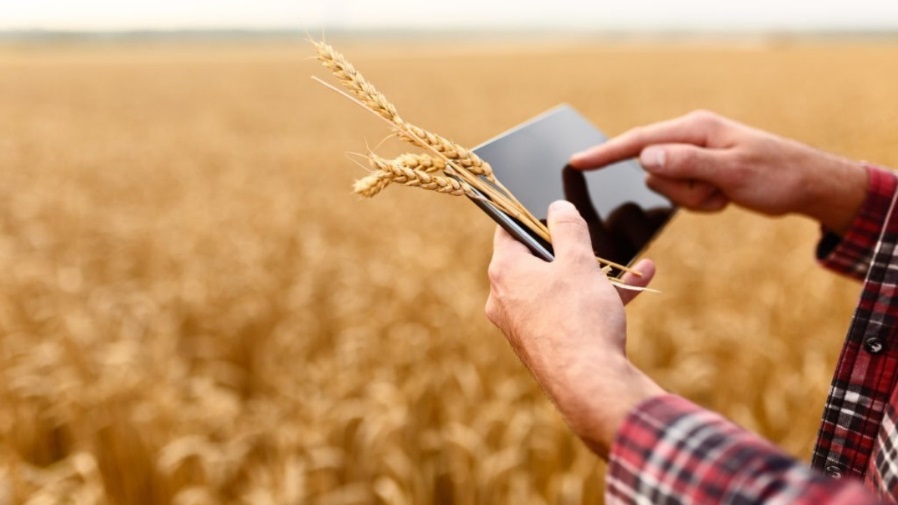 There are cases of cracks or distortions in the harrow frame, resulting from the impact of the unit on some sufficiently strong obstacle. Their repair takes place according to identical technology for different models and modifications.

Quality repair by professional staff is the shortest path to success

In the field of activity of the Grozber Ukraine company, the repair of agricultural machinery from the most popular world brands is a priority. Classy specialists of our service department will perform the necessary diagnostics and repair of your equipment in the shortest possible time and regardless of the complexity of the work. We use only the most advanced and tested in difficult working conditions, because we set ourselves the goal of providing high-quality service for any agricultural machinery. 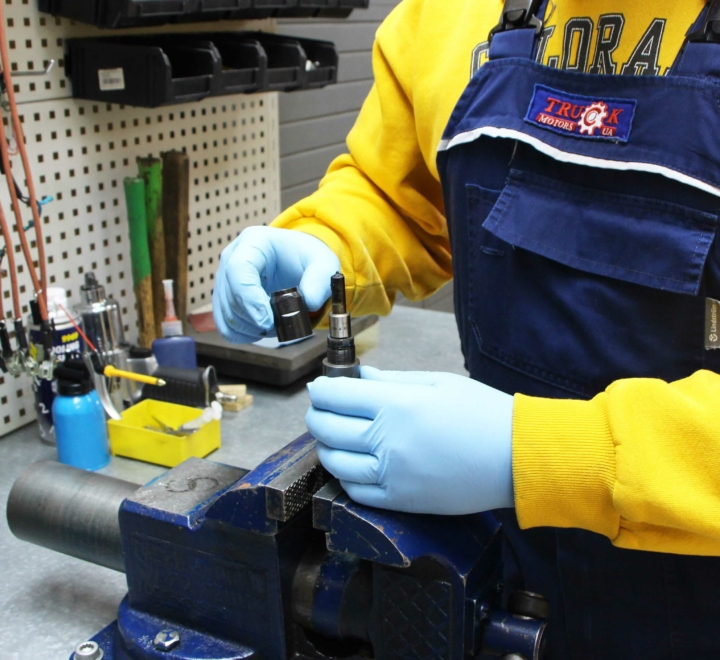 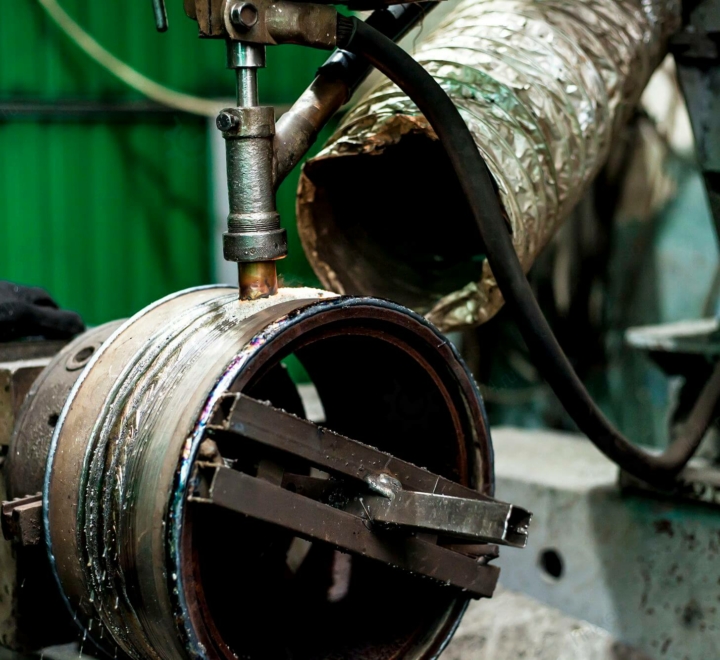 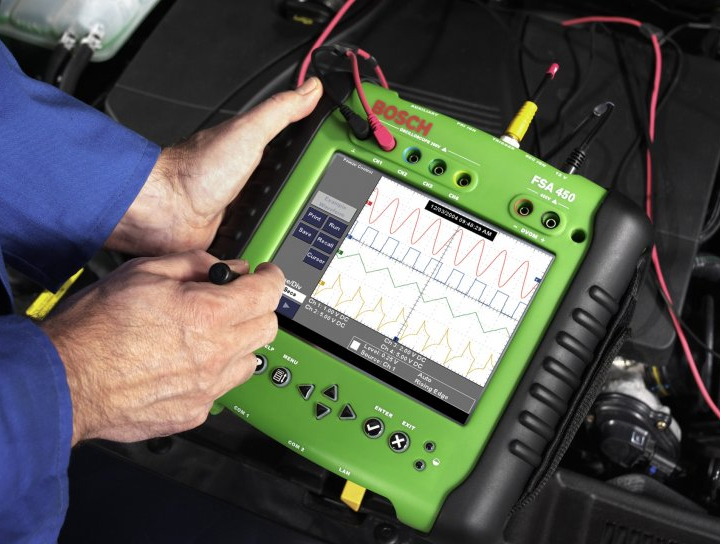